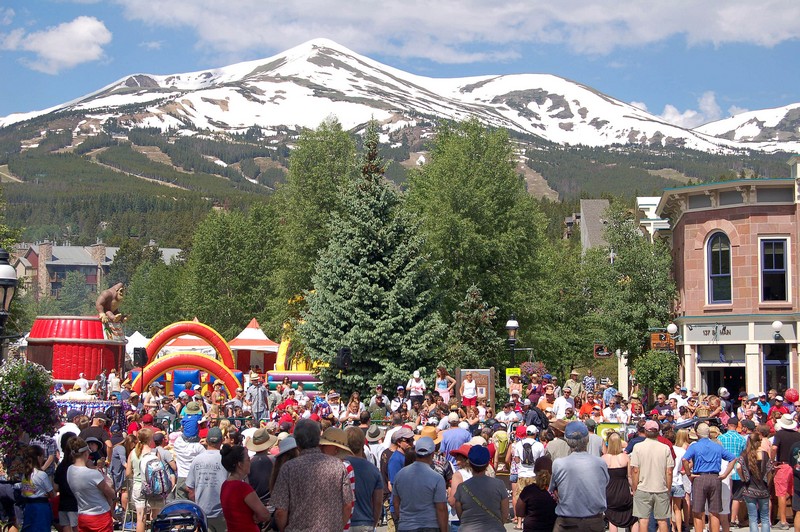 Breckenridge is a hub for all types of exciting events in the summer. Each month, the town puts on art shows, music, wine and beer festivals for residents and visitors to enjoy. There are plenty of events to choose from in 2019!

Breckenridge Music Festival - July 17-August 12 | Various Breckenridge Locations
Throughout the month, 45 professional musicians take over a number of historic buildings and homes throughout Breckenridge to showcase orchestral and chamber music experiences. Under the leadership of Artistic Director & Conductor Steven Schick, the performance range from traditional to contemporary classical and include collaborations with local and regional arts organizations.

Breckenridge Food & Wine -July 26-28 | Main Street Station & The Village at Breckenridge
With nearly 300 different wines to taste from, Breckenridge turns into its own vineyard to bring attendees a unique, wine-tasting experience. Small dishes are available a la carte to accompany each vintage as well as additional food for purchase. Live music included as well!

Breckenridge International Festival of Arts - August 9-18 | Blue River Plaza
The festival features a variety of eco-friendly performances and installations, including new commissions by Giuseppe Licari, The Canary Project and Danish artist and designer Thomas Dambo, who returns to Breck to create a new wooden troll in a new location. The festival includes a series of trailside concerts, outdoor installations and open-air films and will also host DeVotchKa, DJ Spooky and the vertical dance company BANDALOOP with performances in town and atop an iconic Colorado Rocky Mountain 14er.
http:///www.breckcreate.org/festivals/breckenridge-international-festival-arts/